We are rebranding from Sheffield Climate Alliance to South Yorkshire Climate Alliance, emphasising the importance of uniting communities across the region in climate action ahead of COP26. It has never been more crucial to act as an alliance in tackling the climate emergency, especially in putting pressure on the government and our local councils to take action.

We recently called on Sheffield City Council to take more radical action on the climate emergency. The petition, which was co-signed by groups including Friends of the Earth and Green New Deal South Yorkshire, calls on the local authority to make “specific commitments” following the already-declared climate and nature emergencies.

We are an alliance of local organisations working together on climate action. We bring together not only environmental groups, but media organisations, community groups, businesses and more. Our rebrand reflects their existing partnerships with over 60 organisations, with connections in Barnsley, Doncaster, Rotherham and Sheffield.

Sheffield Climate Alliance was formed over 10 years ago by a group of citizens concerned about the lack of action on the climate emergency. Now, we are well established in lobbying for local climate action and engaging with communities in creative ways. In 2020, we were awarded a development grant of nearly £200,000 by the National Lottery’s Community Fund to carry out a climate action project, which is now called Can Do South Yorkshire.

“For more than a decade, SCA has shown that climate action comes when like minded
organisations and individuals work together as allies. As South Yorkshire Climate Alliance we will continue to act as an uniting force to press for change – starting with COP26.” – Craig Gamble Pugh, Co-Chair.

“When it was a Sheffield-based organisation, SCA was effective in influencing policy and practice within the city and Sheffield Friends of the Earth was pleased to be in an alliance. However, no one city is isolated from all others and we are fully supportive of the initiative to broaden the reach of SCA to cover the whole of South Yorkshire”. – Lindy Stone, Friends of the Earth.

We’re so excited to continue to campaign for climate action, and we look forward to expanding our reach across South Yorkshire even further.

Watch our new video to find out more about what we do: 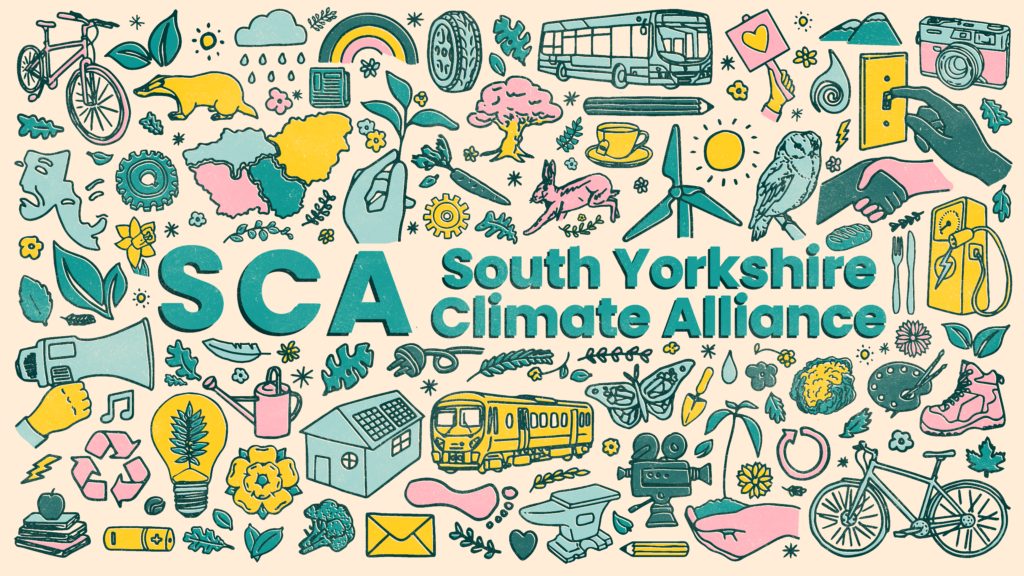